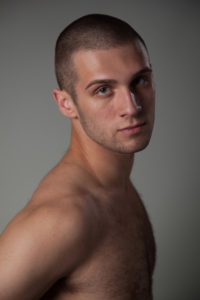 Nate Carter graduated from Extensions Dance Company in 2013, after spending 2 years under Lizzie Mackenzie’s direction. Since then, he attended the Juilliard School where he created numerous works of his own including “O Mitote” and “you can say no.” He also attended Springboard Danse Montreal where he had the privilege of working with Johannes Wieland, Yin Yue, Andrea Peña, and Roy Assaf. After graduating Juilliard in 2017, he immediately joined the cast of Punchdrunk’s Sleep No More, an immersive dance theater show based on Shakespeare’s Macbeth where he currently plays: The boywitch, Banquo, Macduff, Mr. Bargarran, and the speakeasy bartender. In addition to freelancing outside the Mckittrick Hotel, he enjoys researching into passions like dance theater, acting and movement invention. He is currently based in New York City.

FAQ's -When are auditions for Extensions Dance Com

Extensions Dance Company Showcase 2021 is about to